Youth Exchange "A Volunteer. To be or not to be?" in Greece - Koukli, Ioannina.

A youth exchange called “A Volunteer. To be or not to be? ” was held from 21st of April until 28th of April of 2012 in the area of Pogoni. This youth exchange was created under Youth in Action programme.

24 young participants from Latvia, Bulgaria and Greece took part in the youth exchange. With non-formal educational methods youngsters learned about volunteerism, volunteerism as a tool to develop rural areas and about EU awareness. During the exchange, young participants also exchanged their personal experiences, overpassed their cultural differences and found similarities of their cultures, overpassed language barriers and learned a lot about the culture, nature, food and traditions of Greece.

During some activities of the exchange, all participants cleaned the area around the river of Kalama in the Pogoni region, filling over 70 large sized trash bags. Moreover, participants promoted paper recycling by collecting papers in villages of Koukli, Areti, Parakalamos, Vissani, Doliana and Kalpaki. Here you can see the video of ET3 channel which visited us during the paper collecting activity in the village of Parakalamos.

All participants also engaged in a seminar “Voluntarism as a tool to develop rural areas” in the high school of Doliana, which helped young students from the nearest villages to get inspired to become volunteers and to develop the area they live in. Students also learned about "Youth in Action" programme, the benefits of participation in the "Youth in Action" programme and how to get involved.

During the exchange, participants designed a flyer about volunteerism which will be distributed in the region of Epirus of Greece, Latvia and Bulgaria.

Here you can see some pictures of the exchange and hear an interview of a member of our group Tomas Tsikos Cermeli. He tells about the results of this project and our future plans.

We are very, very thankful to the municipality of Pogoni for hosting the youth exchange and giving us huge support for the realization of the exchange; to KTEL Ioannina for driving the participants of the exchange safely from place to place, to the butchers Dimis in Ioannina and Kadzes in Kalpaki for their sponsorship for the exchange, to the restaurant To Petrino in Vissani for their service during the exchange.

"The project has been funded with support from the European Commission. This publication [communication] reflects the views only of the author and the Commission is not responsible for any use of the information contained therein."

During one activity, participants discussed their thoughts about Europe. Here you can see some opinions of participants regarded to Europe in different categories.

Things which we are not so proud of with regard to Europe: there are too many ignored homeless animals in Europe; economic crisis; there is too high pollution in Europe; there are people in Europe that are not tolerant & cannot accept other people who are different & come from different background, culture or ethnic minority.

Things which we never do in Europe: we don’t kill people because of their different religion, race or opinion; we never give up; we don’t take away human rights from anyone; we don’t eat dog meat; we don’t isolate other countries in Europe; we don’t have harems; we don’t do death penalties.

During one activity of the exchange, all the participants discussed about benefits of volunteering. Here you can read some opinions of participants:

Here you can read some general thoughts about this youth exchange from participants: 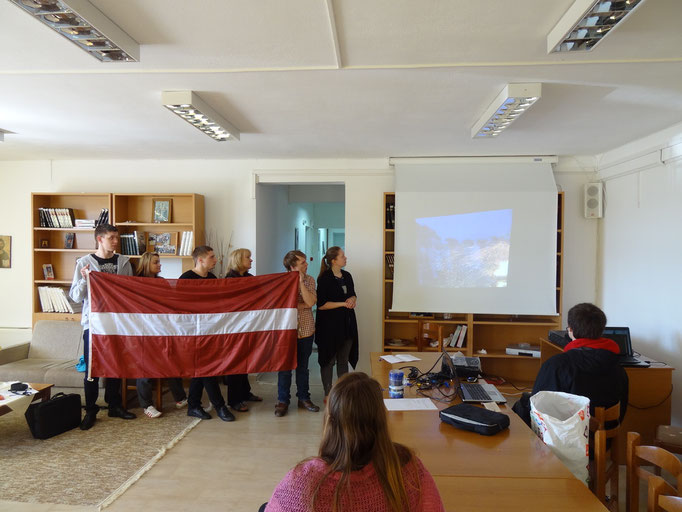 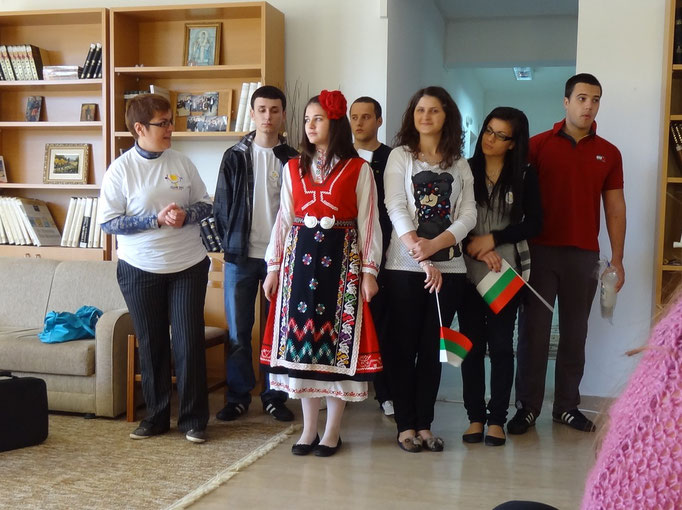 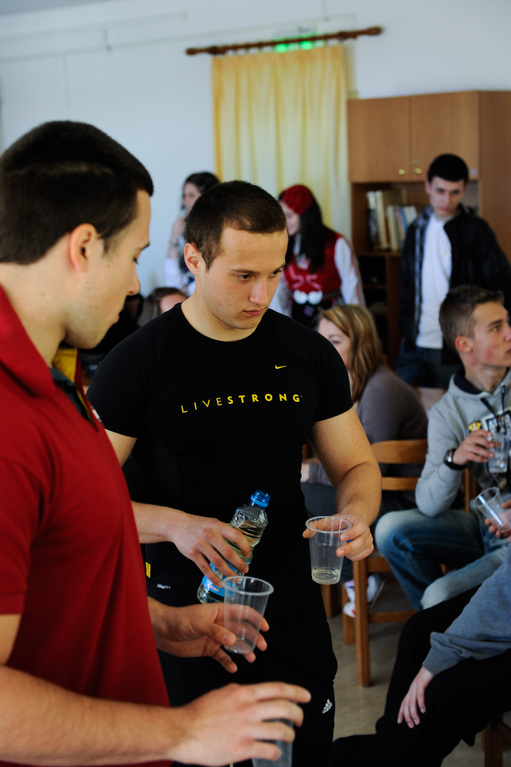 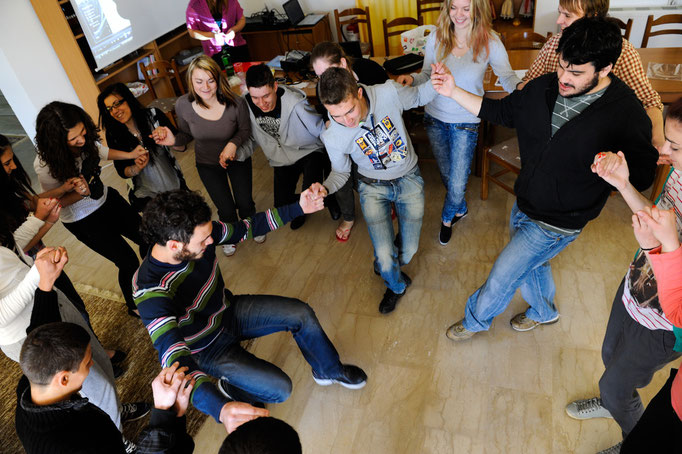 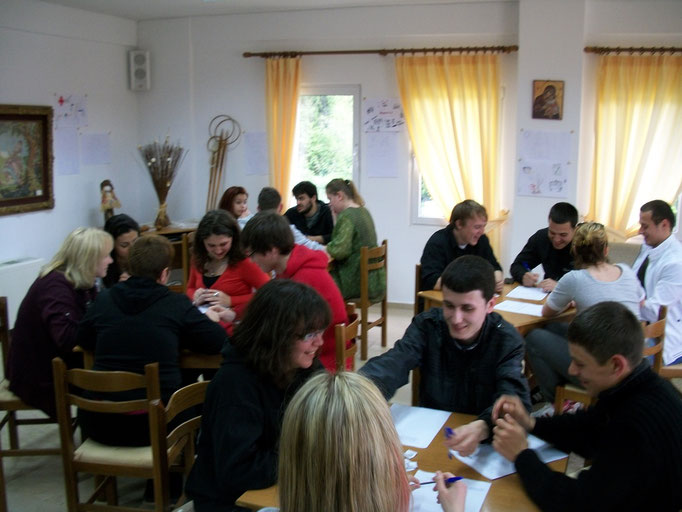 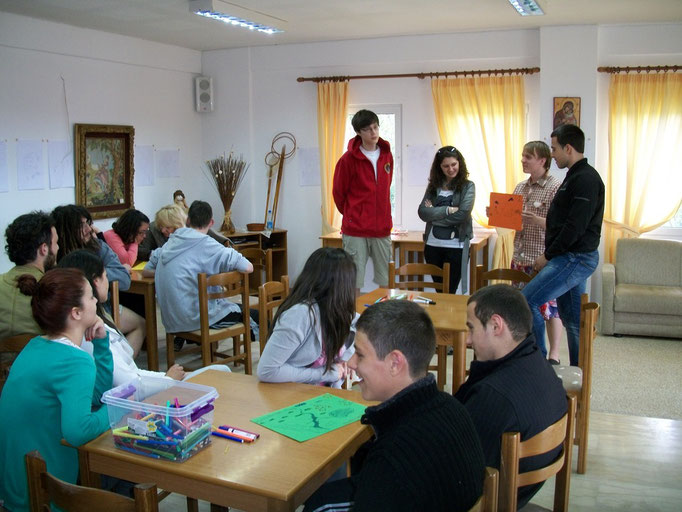 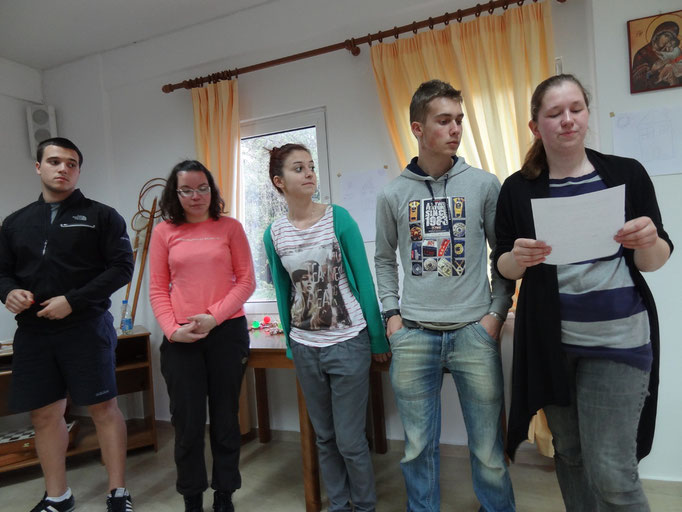 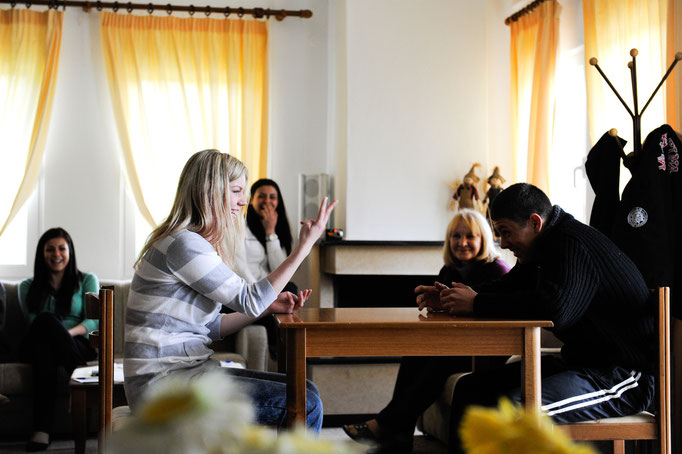 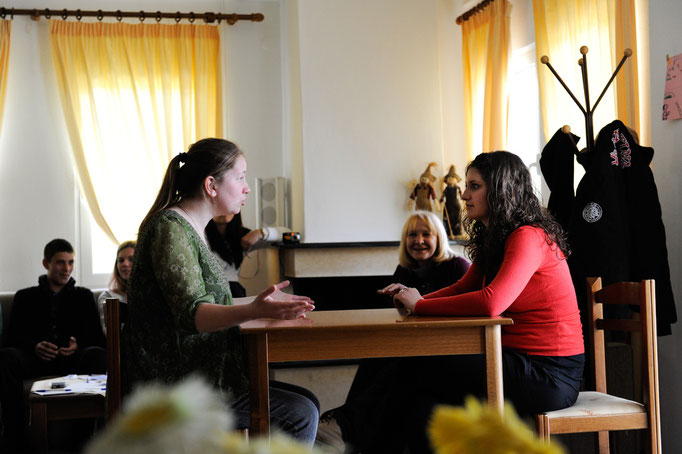 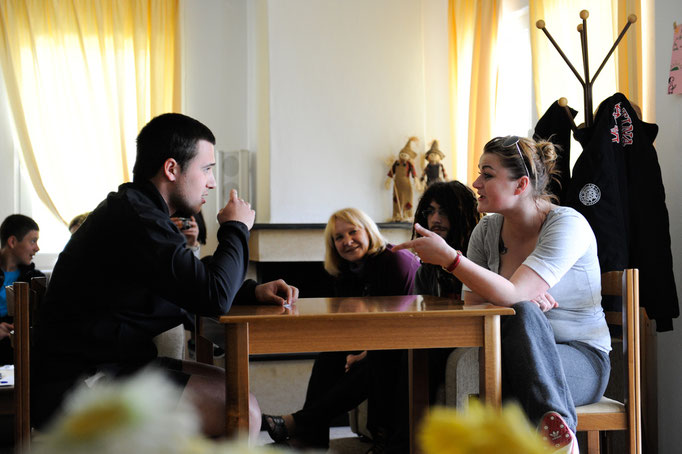 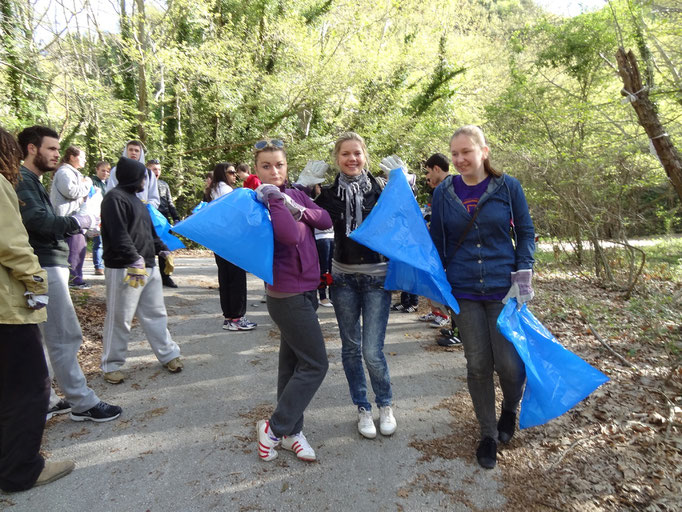 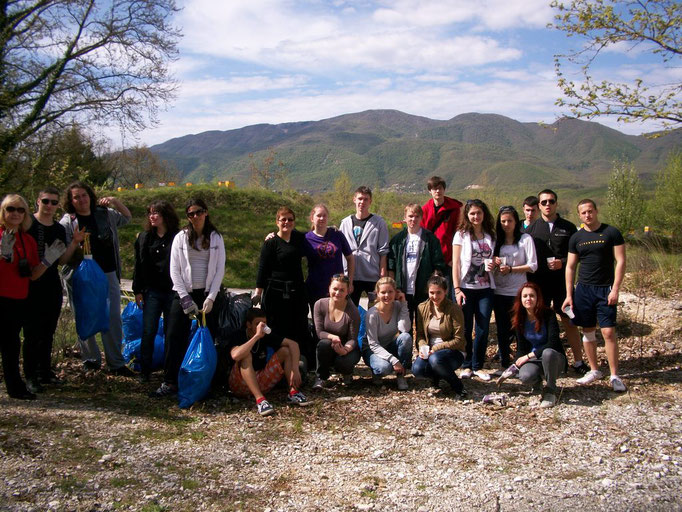 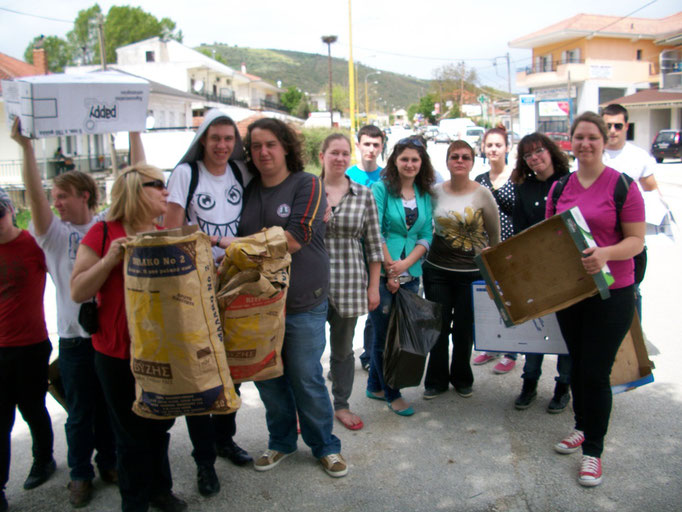 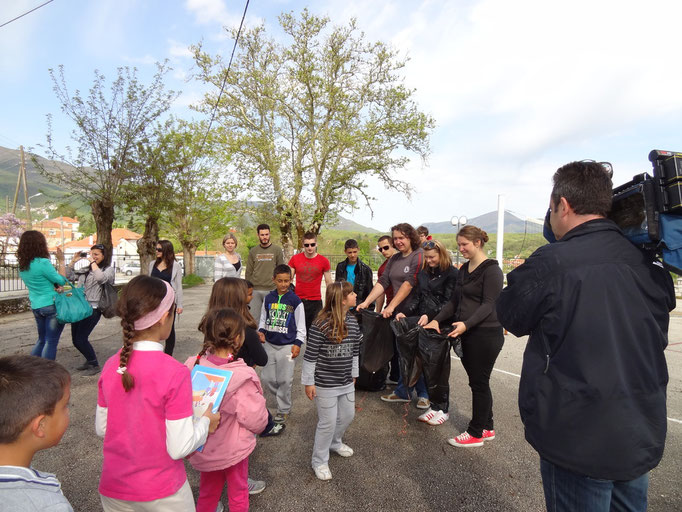 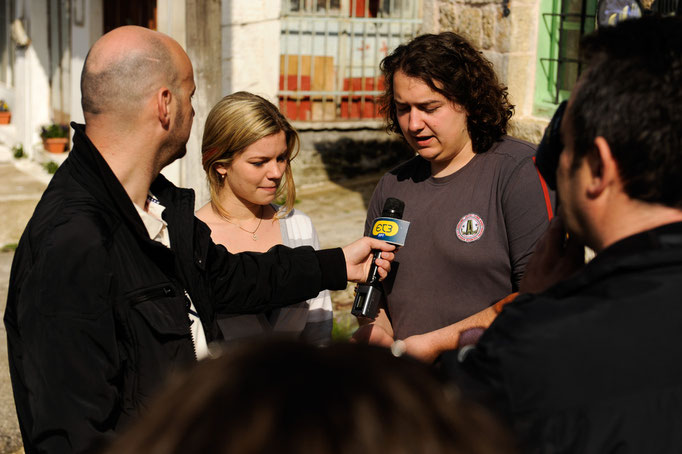 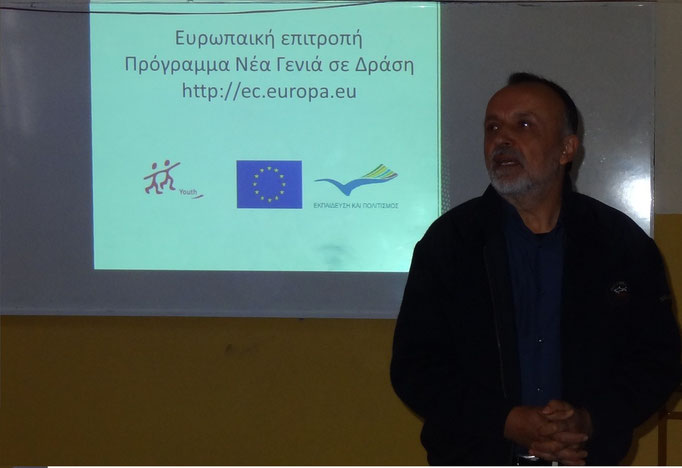 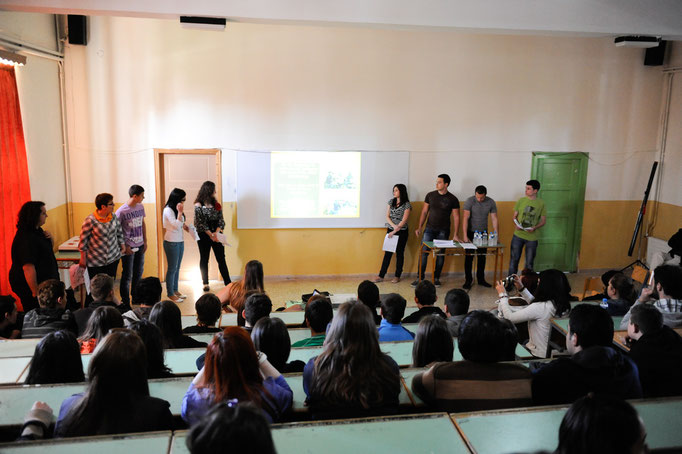 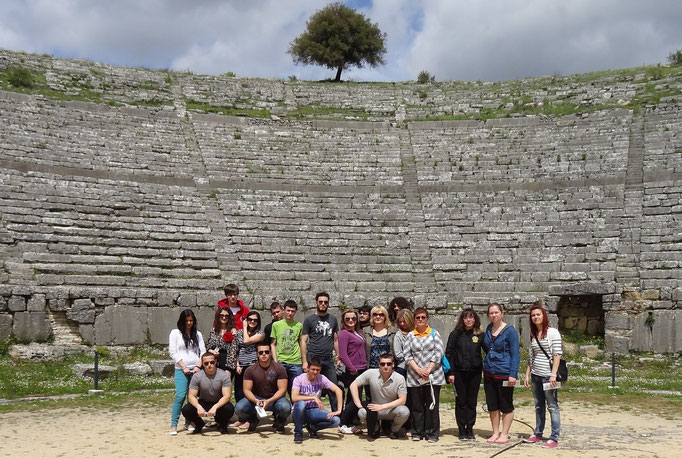 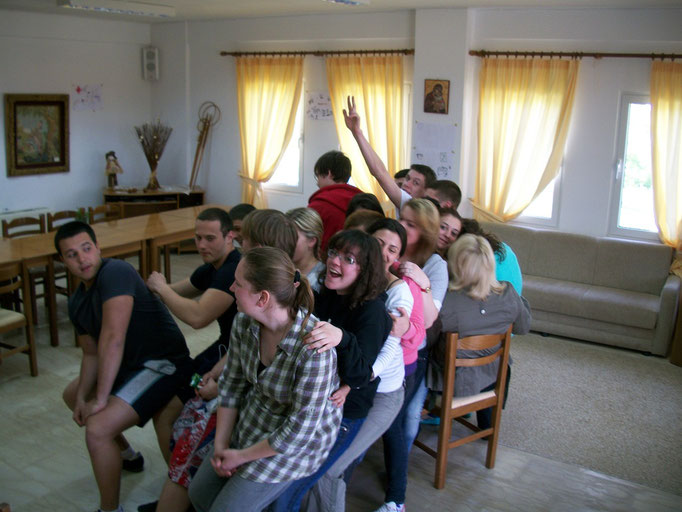 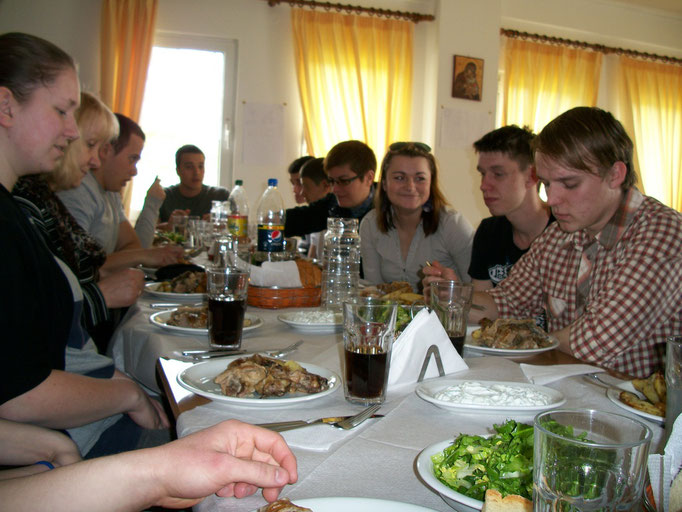 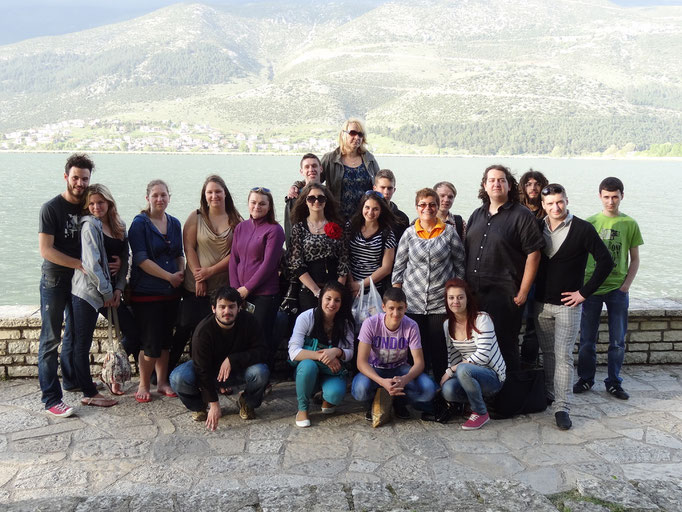 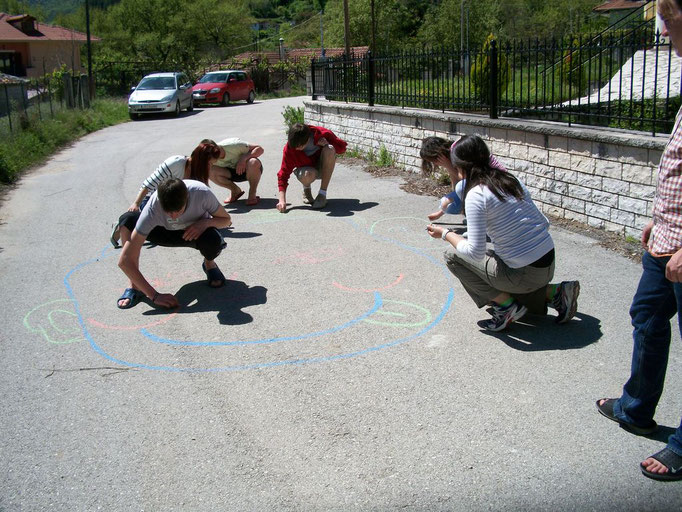 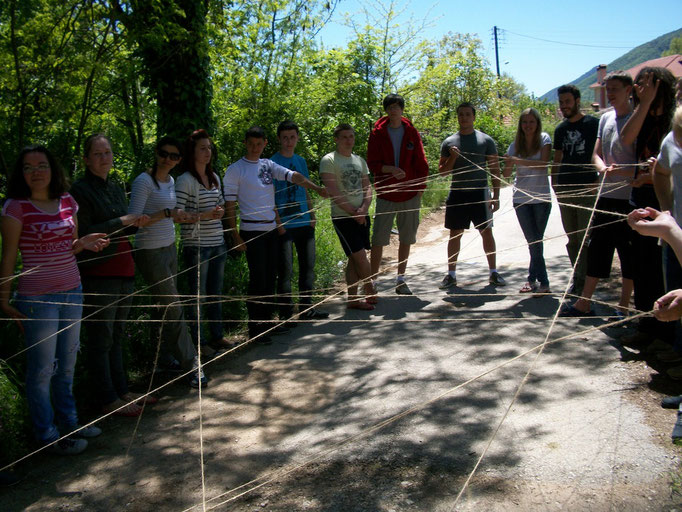 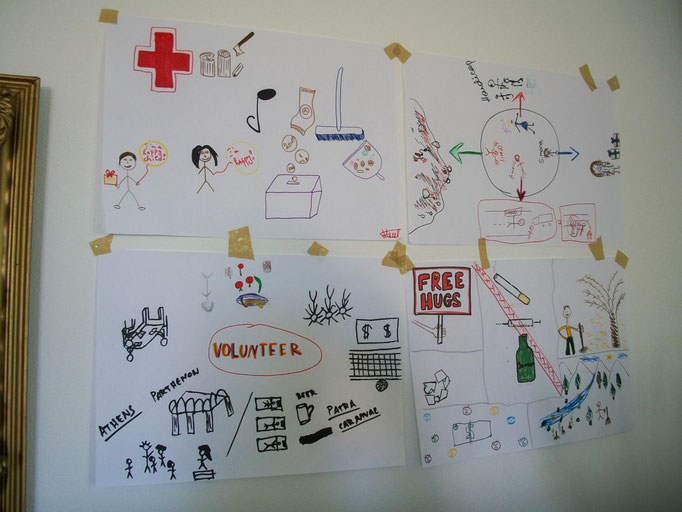 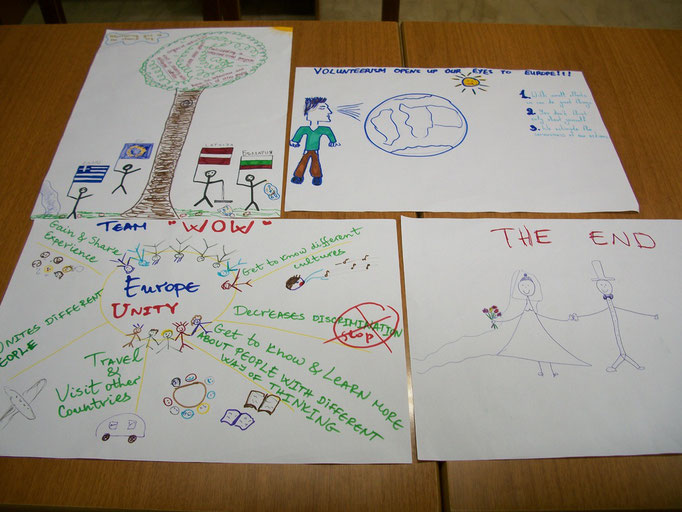 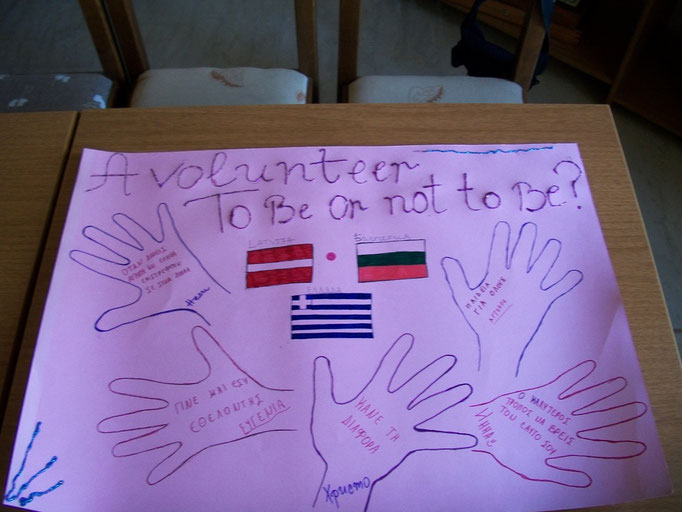 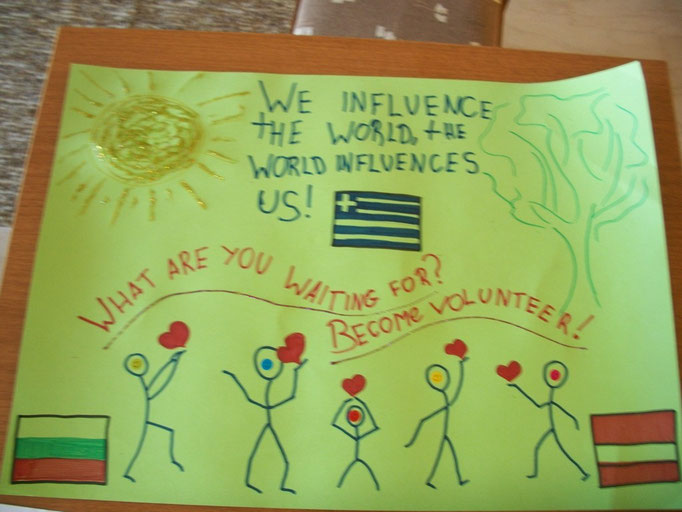